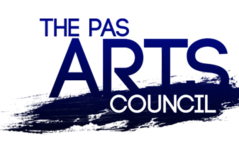 The Pas Music and Fine Arts Festival began in 1935 and was initially managed by the School Board.

The School Board wrote in the the 1st Program: "In Sponsoring The First Musical Festival in the town of The Pas, the School Board is promoting a project which it believes will work for the benefit of the whole community."

By 1939, the Festival was managed by "The Pas Musical Festival Association". The program stated that "All citizens of The Pas should feel that it is their Festival, and that the responsibility for its continued success is theirs; it is no longer purely a school matter."

Since 1936, The Pas Music and Fine Arts Festival has run on consecutive years, and it is believed that it is the longest running such Festival in Manitoba. In 2017 The Festival will be celebrating its 82nd Anniversary. The number of volunteers and number of hours required for such an achievement is astounding. The Pas should congratulate itself on this remarkable feat!